After several weeks on the fainting chaise I began to feel better. My recovery had been slow, arduous, and beset with challenges, for example I felt as though an ominous cloud had been stalking me daily, I couldn’t shake it, so instead I decided to take a photograph to illustrate the darkness of my unwanted companion.

To escape the cloud I hid indoors and pretended it wasn’t there, although I could still hear it leaking into my conservatory. I tried to make a note to get my roof fixed, but couldn’t decide whether to use copperplate, italic, or a modern calligraphy style. I concluded that my indecision was because it was all getting a little bit too much. I decided to stick my thoughts together with a drawing of a crow, as this was obviously the best way to make a note.

Though in the midst of muddlement, I knew there was a course of therapeutic action available to me, which was to lay quietly on the fainting chaise and read a pile of books [one at a time, NOT consecutively]. 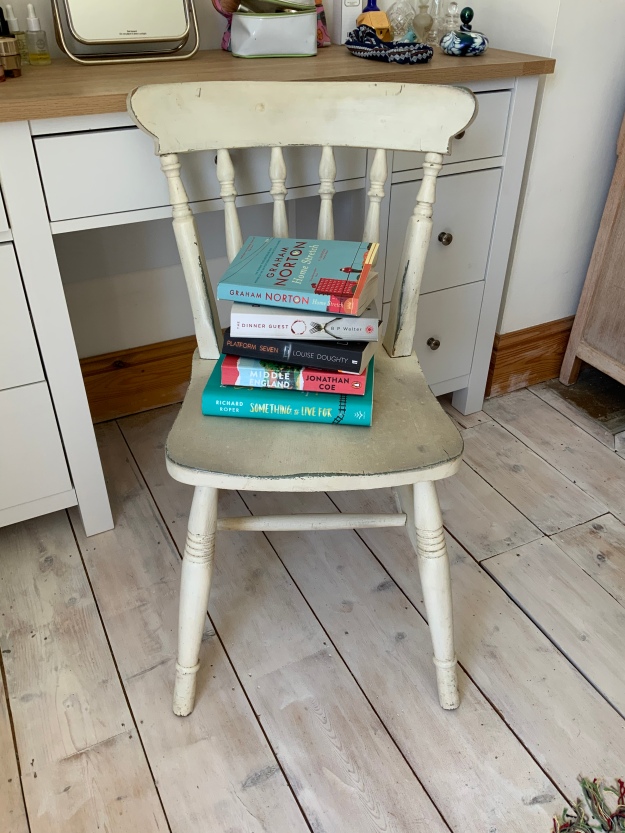 And lo, after several weeks I did begin feel better though less than robust, after all, I did still have a Temporomandibular joint disorder; Tinnitus; and a misdiagnosed knee condition, but, I also had a theory: my chronic ailments were somehow related to that damn wax effigy I’d sealed in a bottle back in 2006. I had unwisely used my own hair, and material from my clothes to make this glorious work of art…. blah, blah, blah… I think we have been here before….

Please note that the pin located on the right of the doll’s head [my left] and the pin stabbed into the left knee [my right], correspond anatomically [within accepted parameters] to my current jaw and knee issues.

I concluded that the only way to be completely well again would be to break the bottle and remove the pins from the effigy – plus, if my theory was correct, then did I really want to find out what the remaining pins would do?