It is all very well to make promises, keeping them is altogether another matter. Somehow I have to remember who I am, where I am, and what I am supposed to be writing about. This might be easy for most people, but it isn’t for me.

During the long hot/cold/windy/rainy British summer/winter of 2007 I was involved in a dramatic incident that left me with a fatal head injury and a not unattractive limp. Since this incident I have been trying to piece together fragments of a cherished project that I had been working on prior to this life changing event.

Sometimes I am haunted by black and white images featuring bottles. Sometimes I feel a compulsive urge to address grey envelopes, with white calligraphy, to long lost strangers who lurk in the smutted crevices of my memory. Sometimes I have completely lucid moments when I can recall the names of characters who are relevant to the plot… such as Sebastian, Moonchild, Rupert Etherington-Smythe… and there is another indistinct character I see, a character who digs up a car park next to a scout hut in a place called Mogwash… yes, I remember — a German archaeologist called Mago. Lovely Mago! And he is searching for something! After reading a series of nonsensical ramblings on a disused WordPress blog he came to believe that a great fortune was buried within the vicinity of a small English village called Luddley-cum-Mogwash. I see him with a map which, after a scuffle and some energetic Morris dancing, was taken from him, confiscated before he was deported.

Oh what a fuss that old blog caused! 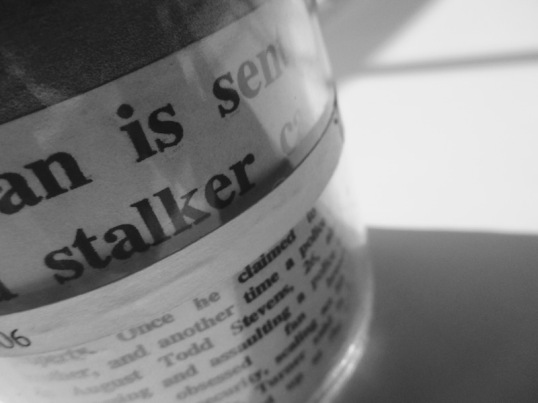 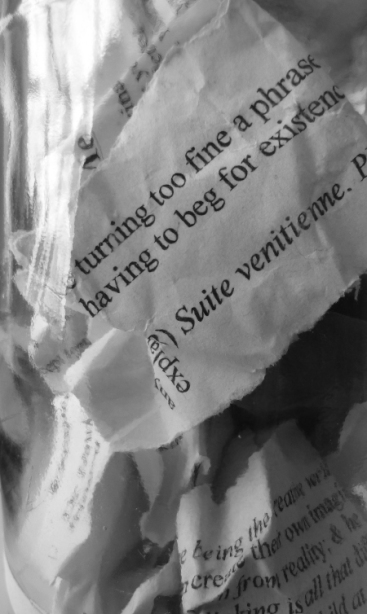 Miraculously my memory returned and with it my wayward identity. I could remember almost everything – that I was an artistic genius of unparalleled proportions; that I was from a tiny East Sussex village called Mogwash; and that my most recent artworks were visual representations of concealed emotional torment. Indeed, with my ‘Bottled Feelings’ I had revelled in the simultaneous expressions of concealment and revelation with a creative flair not witnessed in an individual since August 10th 1903. I also remembered that I was the highly intelligent, yet modest author, of the much loved ‘Wonky Words’ fiction blog that had garnered a cult following of Yahoo slurps, googlebots, and some important people in Washington… FBI bots…
Via my excellent website, wonky-words.com, I had left a series of ingenious clues that would lead my faithful readers to a bottle known as ‘Bottled Greed’, a bottle filled with a smorgasbord of treasured trinkets and priceless family heirlooms – probably hidden somewhere within the vicinity of Luddley-cum-Mogwash.
Frustrated that belief in ‘Bottled Greed’ was minimal, I puzzled over the problem of convincing my readership of my sincerity…
There was only one thing for it…. I’d dig the damn thing up myself…. buy a new car, some new boots…. the Estee Lauder Beauty counter…. invest in some art…. if only I could remember where I’d buried the damn thing….

My newly acquired status as a forlorn, slightly crazed misfit with a bottle fixation, at last endeared me to the bosom of village life, and I became a prime candidate for Sebastian’s care in the community initiative – a vehicle for him to explore the potential creative diversity among the villagers of Luddley-cum-Mogwash. To showcase our talents the first village fete for over three hundred years was organised in the grounds of No.3 Mogwash Mansions, a mock tudor art deco semi to be found at the edge of the village near the skate park.
Prioritising my position, Sebastian gave me a trestle table set back from the rest of the fete – just down wind of the port-a-loo, so that I could display my bottles in an area that, in his own words, ‘would highlight the strong pervasive feel of alienation inherent within my work, encouraging the viewer towards sympathetic generosity’.
From this I could only deduce that he was finally on my side, obviously finding my work as life enhancing and worthy of promotion as I did. I welcomed his support and flashed him a come hither smile; unfortunately, at this very same moment, he must have gotten an insect in his eye as he appeared to recoil in terror in response to my friendly overture.
Evening entertainment was provided by George, a mild mannered post office manager with a large gnome collection, who for this one night made a miraculous transformation into Georgina, a dangerous diva with an unparalleled talent for outdoor operatics. With an ear splitting heartbreaking rendition of Don’t Stop Believin’, he brought the day’s events to a close.
Finally I felt as if I belonged.