No, seriously, it really is curtains! I had put my calligraphy adventures on hold intending to concentrate on my creative writing, so obviously I made some curtains instead. BUT, because I do not have any sewing skills, nor any money to cover an enormous bay window with something bespoke, I was reduced to ferreting around on Pinterest for ‘no money’ ideas. And so it came to pass that I made rag curtains! Yes, they probably will fall apart… or fall down by the time Autumn arrives [fall], but sew what? This window is south-facing and anything that hangs there is bleached white within weeks… and I cannot afford 2 metre width blinds… anyhow, I quite like them. I think they are rather jaunty. The material? An old cotton sofa throw and some cotton voile that I had left over from another project. 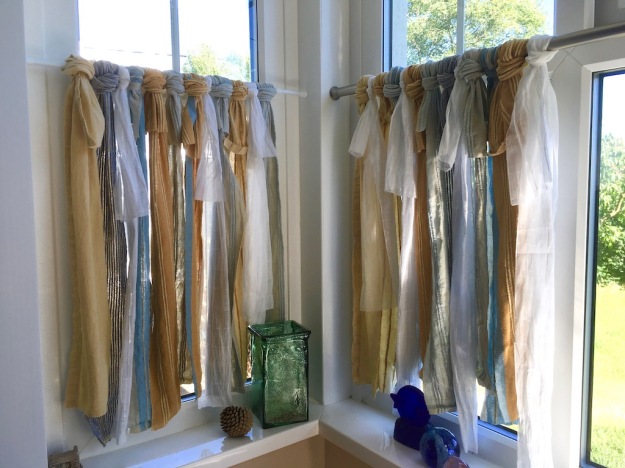 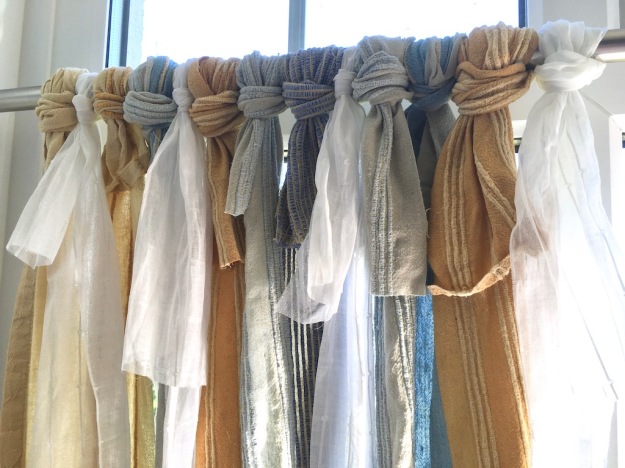 I am also the proud owner of a useless carbuncle also known as a conservatory. Also south-facing. It has 14 windows. I wonder what’s going to end up hanging in there?
Meanwhile, it has been HOT. Weird. There are parts of my body that haven’t been exposed to the sun since 1976… no, I’m not going to model the rag bikini wot I made.

On that note, here is a picture of blue sky and some flax.

I’m overwhelmed by all the wonderful post I have been receiving since I did the Copperplay workshop with @learnpointedpen Thank you so much @letterform.paris - Vera, @s.ballsdon.creative - Sonia, @penmetpassie - Carine, @oliveandreid -Kate, @creativecalligraphyuk - Angela, @niknakscat - Nicola, and Gail P, who I can’t seem to find on Instagram. I will be sending something back to all who sent these lovely cards to me - my post box has never looked so pretty!!! ❤️❤️❤️❤️ #eppc_envelopeexchange #eppc_copperplay
I’m a day late with my CSIG envelope 😬. I’m a bit late with most of my envelopes. #snailmail #ukcalligraphy #offtoblackpool #csig
These should be arriving at their destinations soon..... snow permitting! #happymail #ukcalligraphy #calligraphyuk #wonkywords #madeindevon #calligraphydevon
Getting more happy mail in the post 🙂!